LADENBURG, Germany -- After the Second World War, there was hardly a car that belonged to a private owner. What the authorities had not confiscated for the glorious "final victory", had fallen victim to the hail of bombs. In those years, only improvisation talent and great hobby skills helped to bring something back to the streets from worn and destroyed remains.

That's how the strangest companions came about. They were called Eigenbaus - one-offs. Here is an example, a rare Tornax Rex modernized in 1950 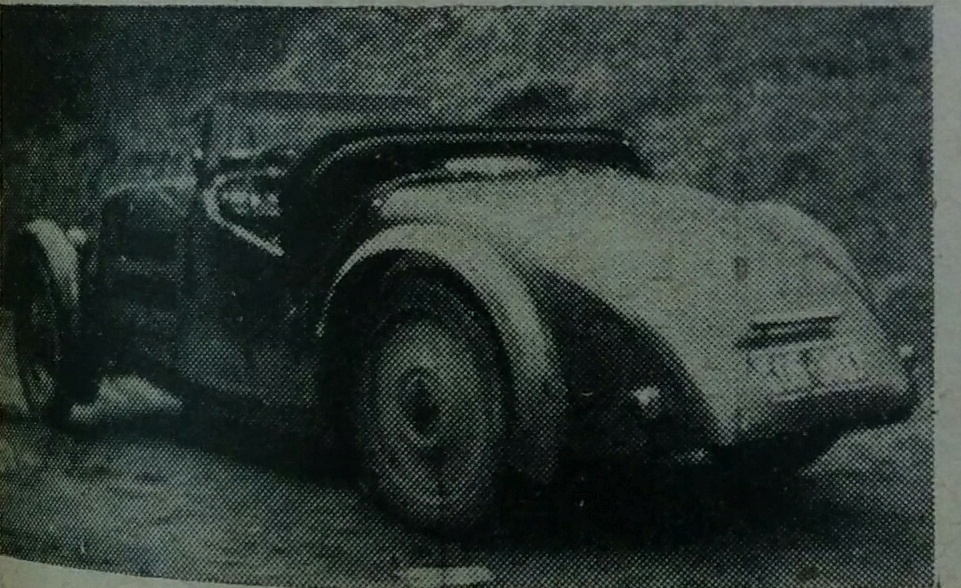 At that time, however, there was a young photographer who captured many of these "junk boxes" in good time for eternity. Paul Simsa always had the camera on hand at the right moment. In 1969 he published, „Dies alles fuhr alles auf unseren Straßen“ (which translates as “This was all on our streets”).

Now Automuseum Dr Carl Benz is bringing you an exhibition, titled "Dies alles fuhr alles auf unseren Straßen". Here you can see them again, the Adler Trumpf Junior with BMW body, sporty humps on the rear and drilled-out Opel P 4 wheels. The DKW with a stately Mercedes-Benz radiator grille or the legendary Bugatti 37 with a pre-war Peugeot engine.

But there were also a number of smaller companies that wanted to conquer a place in the automotive market with rather strange new designs. All of these vehicles have long since disappeared. And yet we have now discovered one of these bizarre companions. From the front it seems to be an Adler Trumpf Junior. A DKW F1 engine works in the engine compartment, and the steering wheel comes from a BMW 327. The body tapers towards the rear towards the centrally mounted rear wheel. In addition to other examples of improvisation of those years, this “sports prototype” will be the focus of our special exhibition.

Another vehicle from this period has been preserved. Only about 20 of the Mercedes-Benz 170 VS were built for sporting use before the war. After the war, a French general is said to have secured one of these wagons as “loot”. At Spohn in Ravensburg, he then had the body changed according to his wishes. The result is a very elegant, two-seater roadster that can also be seen in our exhibition.

The exhibitions opens on 23 May and runs until October.