A museum which is always in a state of readiness! All children will enjoy themselves among all the fire trucks which they are also allowed to sit in. After exploring the museum, the children’s’ own fire truck waits outdoors; here they can jump in and out as much as they want. There is also an old-fashioned handheld hose which gives a sense of how it was to be a fireman in times past. Swings, a sandbox and a large trampoline add extra fun to the games. 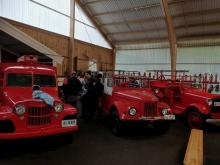 A collection of over 200 old vehicles, including cars, lorries, motor bikes and tractors. Within the museum also an exhibition of car models and antiques. / antique items. The idea of founding a private car museum dates back to the 1960s when the owners first started renovating old cars. The museum was finally opened in 1999 in Ylämylly, some 13 km from Joensuu, in premises of over 2000m2.

The museum is full of memories from the good old times and offers all ages a lot of exciting things to see. More than 100 old vehicles, including a Morris Bullnose a Harley-Davidson from 1917 and more; an old time classroom, old cameras and radios among other things will help you to take a time trip into the past.

The Espoo Car Museum is the largest, most diversified and oldest vehicle museum in Finland. Objects and special exhibitions are often altered, so also those who revisit beautiful Pakankylä in Espoo may find something new.There are cars and motorcycles from the early 1900s up until family cars of the 1960s and 1970s, which have disappeared from the motoring scene. Our sports car collection is of major interest, too. Famous East European cars were imported to Finland after WW II, making up a section of their own, such as Moskvich, Yalta, Volga, Pobeda, IFA etc., and not least a Russian Chaika.

"Finland’s only Motorcycle museum holds up to 100 motorcycles and properties related on motorcycling. Our collection offers a wide range of elegantly restored world-famous motorcycles and national racebikes and mopeds with their stories. Exhibitions change annually."

Gårdskulla Manor is one of the largest farms in Finland. The private Museum contains over 100 different tractors and thousands of tools and items from the Finnish countryside.

The Helsinki City Rescue Department's Fire Museum was opened on 12 February 1986. The museum, which displays several hundreds of intriguing items, has a floor area of 400 sq.m. The oldest item in the museum is a water reservoir from the 18th century, which was used as an auxiliary water tank as recently as the Second World War. Roughly 98% of the items on display have been used by Helsinki's actual fire brigade or contract fire brigades. 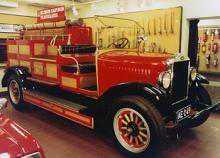 One of Finland’s largest private car museums is found in the farmyard of Jakola. The car museum, collected and built by one man, Raimo Oikari, for fun of his retirement days houses about forty maintained vehicles in museum car condition. Most of the vehicles in the collection are of Eastern European origin, including a Trabant, but there's also a 1970s Chrysler, a 1950s Mercedes and a 1920s Ford.